I received my order from Precision Ice and Snow. Since I was quite disappointed with my previous attempts at making realistic snow (take a look here). I decided to give this company’s products a try. So I got my Krycell  snow by the mail and went to work on a brand new test diorama.

I am VERY pleased with the results. The stuff is simply amazing! It’s a very fine powder, similar in consistency to cooking flour I would say. I simply sprayed matt varnish on the base and used the provided stainless steel sieve to dust the Kycell on the fresh coating of varnish. I then quickly builded up many layers by spraying again and dusting many times. The stuff builds up like real snow. And I live in Canada, so I know very well how snow looks like 🙂

I’ll be able to use Krycell snow on my KV-1 diorama soon, so stay tuned! 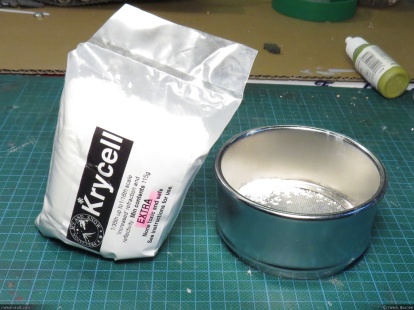 A bag of Krycell Snow and the stainless steel sieve 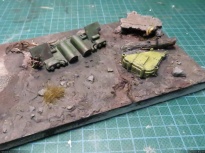 The test “diorama”, without snow. 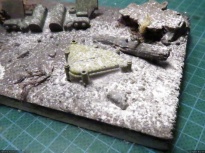 First dusting of Krycell on a wet coating of matt varnish 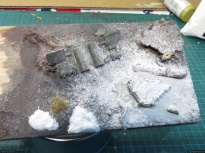 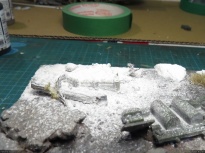 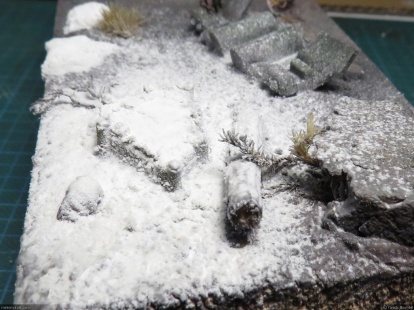 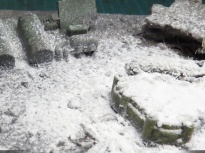 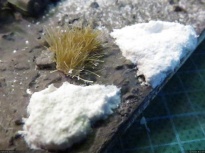 A test of Vallejo Environnement Snow with a dusting of Krycell snow on top. It looks better and can now be used to represent thicker snow in some areas. 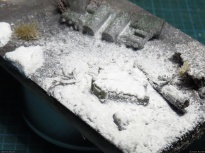 Overall effect is quite realistic I think.